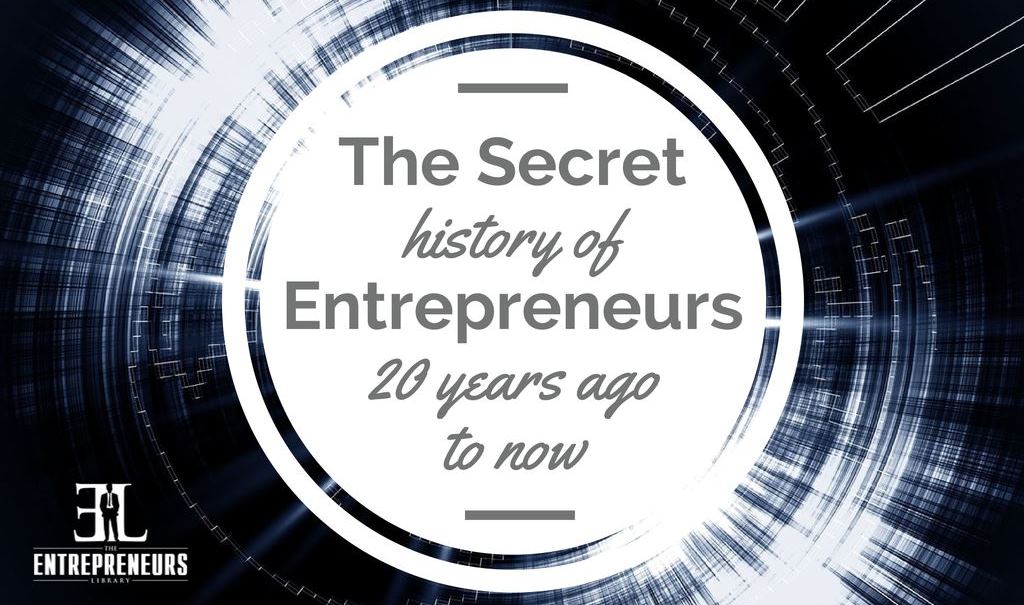 Let’s imagine for a second that Time Travel is possible [theoretically it is possible though] and it is possible to travel back to 1994. What world are you going to behold? The idea seems very tempting but the million dollar question is what differences as an entrepreneur are you going to observe? Forget about searching in Google because in 1994, the idea of Internet was in its infancy. Only the fortunate few had the opportunity to take a sneak peek of the virtual world. Let’s go back in time to take a peak at the secret history of entrepreneurs.

Promoting a product or service 20 years back was a different ball game altogether. There were no such tools like UserTesting in those days and that means getting direct and impartial feedback from your targeted audience was out of question. In simple English, you would have found yourself stuck in the middle of nowhere and the only way you would have been able to promote your products or service was by approaching the targeted customers directly.

It feels so strange that 20 years ago entrepreneurs had to face so many different hurdles in their day-to-day activities and still they managed to meet deadlines and expand their business. Thankfully, we can manage and overcome those hurdles easily by tapping into some productivity apps already installed on our iPhone. Even phone connectivity was not wide spread on those days. You literally had to meet people in person, talk to them and try to convince them that your service/product is going to help them fix things. Yup, in those days, you had to do it all by yourself. Posters, leaflets, business cards used to do wonder in those days. You might find it amusing but customers used to call companies in order to gather more information about the products in those days.

Solo entrepreneurs were experimenting with new ideas, bringing in new products, and exploring new opportunities. During the last leg of the 20th century, we have seen entrepreneurs with remarkably amazing visions coming out of their closets. We have seen the birth of Google [currently the world’s most popular search engine], we have also seen the rise of the Amazon group and we have witnessed growth of space age entrepreneurs like Peter Diamandis of Planetary Resources. In short, we have seen it all.

Entrepreneurial activities in the late 20th century were not that much complicated and they used to focus on short term solutions to ensure long term success because of the lack of tools to gauge the market conditions those days. But thanks to the massive penetration of internet service in the first half of the 21st century, entrepreneurial activities have become less complicated, less time consuming and less intimidating.

Of course internet and the massive development in the field of technology have leveled the playing fields for new entrants. Previously idea of entrepreneurship was only limited to few influential people who dared to try new things, but things have changed dramatically. Now anyone with a computer and internet connection can start an affiliate business right from the comfort of his home. Is that not remarkable?

So, technically speaking, the style and history of entrepreneurs might have changed over the years, but the spirit has remained the same.