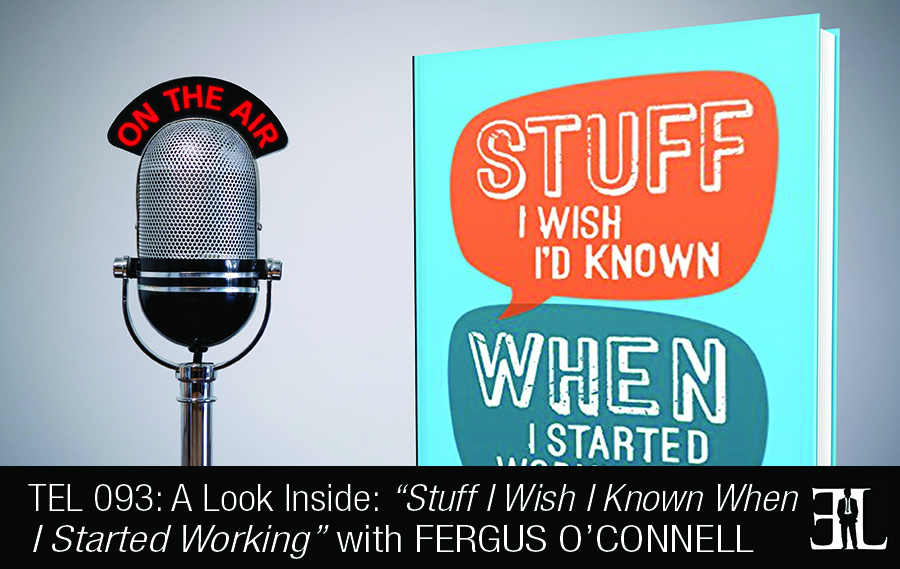 A summary of things you should know about Stuff I Wish I’d Known When I Started Working according to Fergus O’Connell:

In this episode Fergus O’Connell takes a deep dive into his book, Stuff I Wish I’d Known When I Started Working, where he provides the tips and tools you need to work faster.

In his book, O’Connell teaches you how to avoid the common mistakes of other aspiring business goers and skip a few rungs on the corporate ladder. The goal of the book is to help you be more effective, more accountable, more visible, and less afraid.

This book is perfect for entrepreneurs who want learn from the mistakes of other successful people and need a fast-track guide to getting more done in less time.

We looked and found that there were no other books out there that came at work from this particular angle.

This is a jump in and jump out kind of book.

It’s not talent that gets people where they want to be its commitment and perseverance.

In the book we have identified 24 areas where I have written the kind of stuff that I learned along the way. A couple of the chapters are about things like aiming high and a second chapter is about appreciating life. It’s all right to have very ambitious dreams but you have also got to live in the moment. There is another chapter about why it is good to be creative and another on why it’s good to fail. There are 8 to 10 chapters that take an idea and try to sell the reader on that particular idea.

In one chapter I talk about the four things that I have learned about bosses. The first thing that I learned is that bosses are actually human and since they are human they will make mistakes. A second thing about bosses is that they like to have their problems solved. I’ve also learned that bosses tend to be delusional. And lastly bosses seem to think that long hours are productive which is not true.

We have chapters in the book which are how-to chapters and for example there is a chapter on common sense. The seven principles of common sense are firstly that many things a simple. The second principle is the importance of knowing exactly what you are trying to do. The third is planning and figuring out the sequence of events in advance. The fourth principle is that stuff doesn’t get done if there aren’t people to do them. The fifth principle is that things rarely turn out as expected. The sixth thing is that things either are or they aren’t. And the last principle is the golden rule of looking at things from other people’s point of view because if we did we would get a much clearer understand rather than just seeing it through our own eyes. I encourage the reader to spend a week or two applying these ideas and seeing the world through this prism.

“Commitment gets you started and perseverance keeps you going.” – Fergus O’Connell

The Credibility/Inspiration Of The Author (1:35)

I graduated with a degree in mathematical physics and then I went in to software development and worked in that for about 10 or 12 years. In 1992 I started my own project management consulting and training company and that’s one of the things I’ve been doing ever since as well as writing books in the area of project management and time management. I have this alternative life as a novelist as well.

I was thinking one day about how I’d like to be 19 again and to have all the knowledge and wisdom I have now. I was thinking of it in terms of life generally but then I thought a book which thought from the perspective purely of business might be a good thing to do.

The Seven Habits of Highly Effective People by Stephen Covey

Visit FergusOConnell.com to learn more about Fergus and all his books