A Preview of All In Startup with Diana Kander 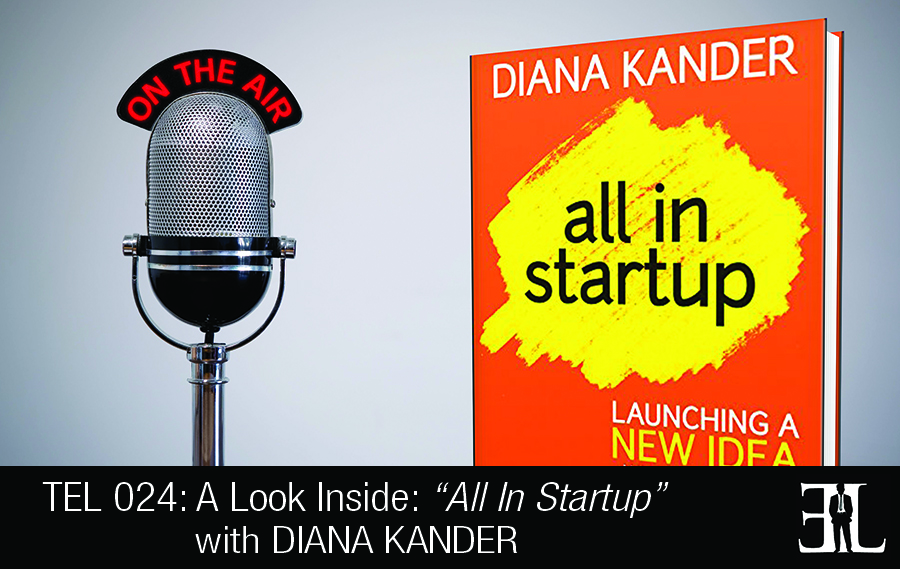 In this episode Diana Kander discusses her book All In Startup which is a perfect fit for entrepreneurs seeking a fantastic business story focused on the lessons learned from running a startup. All In Startup follows a fictional storyline of a business consultant who is on the verge of shutting down his company and gambles his debt at a casino.

It’s very different in that I try to convey the lessons through a fictional story. It’s a novel through and through; takes place at the world series of poker and it’s got more sexual tension than any business book you have ever read. Most people find that they finish the book in one or two days.

The Best Way To Engage

You almost have to read it from beginning to end because it’s a novel. The storyline is just as much a part of the book as the lessons that you take out of it.

My favorite lesson out of the book is the less you gamble, the luckier you’re going to get.

The book is about Owen Chase who is a very smart MBA who worked as a business consultant. Owen had lots of great business ideas but he decided that he just couldn’t resist. He started a company and we join him a year after he started it. He is hundreds of thousands of dollars in debt and on the verge of shutting the whole thing down. And through pure happenstance he gets a ticket to the world series of poker which he decided to go to the tournament, clear him mind and figure out what to do with the company.

At the tournament he meets a very successful entrepreneur named Samantha who has started and sold a number of companies. She helps him start from scratch and figure out what Owen has been doing wrong in his approach this entire time.

Owen figures out that what he did wrong at the very beginning was that he was focusing on the product he was building and not as much on the customers. He was making a lot of assumptions about his customers that turned out to be very false.
Owens business is a custom bicycle manufacturing shop and builds custom bikes from used bike parts and sales them for about half of what you can buy a road bike for. The first assumptions he made was that people were interested in paying half of what they could buy a new bicycle for and they would use his website to make the purchases.

The sales just aren’t where Owen projected them in his financials and so Sam encourages him to start interviewing his customers as he should have done from the very beginning. When he does he learns that price is not as important to people as he thought it was. More importantly he learns that people aren’t as willing to buy something like a bicycle without testing it out at a physical store. Understanding his customers better he tries to find another solution that will serve their needs.

I don’t have a favorite quote but I do have some sentences that I love and make me smirk every time I read them.
Owen and Sam meet early on in a bar and Sam notices that Owen didn’t offer to buy her a drink; he’s just trying to sell something to her. The sentences was something like she was disappointed that he was all business and he wasn’t trying to pump alcohol into her, as it was she was going to have to pump alcohol into herself.

I worked with a lot of entrepreneurs through my position at the Kauffman foundation and I found them all getting stuck at very similar points and felt like I was reliving the movie Groundhog Day. I would have the same conversations over and over again so it was born out of a frustration of me trying to save myself some time. I wanted to create a pamphlet or video to have people watch before we started meeting so that they could avoid all the common pitfalls that most people were facing.

Buy All In Startup by Diana Kander on Amazon today

Visit DianaKander.com to learn more about Diana and her book

Relevant advice and tips: 5 Ways Entrepreneurs Can Overcome Business Failure | 5 Important Things That Every Entrepreneur Needs To Know About Starting a New Business